JOIN US ON SLACK
Blogpost

Minimum Viable Book Review: Zero To One by Peter Thiel 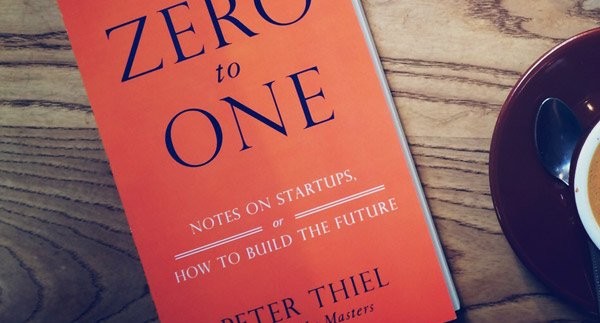 It’s a book that is considered mandatory reading by many of the top minds of the startup world, but I’d be lying if I said I wasn’t partly drawn to it due to Thiel’s vehement support for Donald Trump. I was intrigued both by the book’s almost mythical status and also by the underlying rationales I might see of business elite in supporting Trump. Having read the book, I believe, both aspects have been made much clearer for me.

The Core Premise: The book primarily preaches the importance of pursuing quantum changes – i.e. aiming for the next level innovation directly (going from 0 to 1) instead of trying to make small, gradual advances (going to 0.5). Peter Thiel argues that gradual advances will not help startups and new businesses gain a market foothold. Instead, they should aim for at least a 10x improvement over existing solutions to be taken seriously. Only such a great benefit will able to overcome the market headwinds and propel a new company into the stratosphere.

Having said that though, going from 0 to 1 isn’t easy as it sounds – obviously! There are infinite reasons why many organizations either fail to do this altogether (think of almost any failed startup) or else do it initially and then try to play it safe (Microsoft, anyone?). The rest of the book is about the different challenges faced and ‘ideologies’ required to make that giant leap.

The following are the key themes that stood out for me:

B.     Competition is Overrated; Monopolies are Profitable

G.    On Identifying Bubbles and the 7 Questions Every Business Should Ask

Most entrepreneurs believe in the following “common knowledge” rules:

·        Stay lean and flexible (usually translated as being unplanned and iterative)

However, the opposite is probably more pertinent:

·        Better to go big than risk being insignificant

·        Avoid competitive markets as they eat into profits

B. Competition is Overrated; Monopolies are Profitable:

Everybody eulogizes the importance of competition, but in reality competition generally means lesser capital for everyone and more resources spent on fighting each other. The assertion which Mr. Thiel makes is that monopolies are good as it allows the firm to focus its resources on growth rather than competition. He argues that firms such as Google that have built such large, unassailable empires are now easily able to focus on future growth and gambles, and not worry about the day to day headaches of a competitive environment; and that monopolies in themselves are fluid, i.e. badly run monopolies tend to be overtaken by new ones (eg. Microsoft overtaking IBM and then being done the same to in return).

(As a side note, not sure if I buy into the ideas that monopolies on the whole are good. But I can see the argument and also the less government interference in business ideals of Donald Trump that might appeal to Mr. Thiel.)

One of the best takeaways from this book is the recommendation to aim at monopolizing the market from the start instead of trying to play it safe with broader offerings. The crux in the suggestion here is finding the right niche to grow from. If your product can be the best in whatever little solution it provides, it is easier to push on from there than when you start off by competing in multiple markets (and thereby need to spend time and resources fighting multiple enemies).

Monopolistic power can broadly be ascribed to come from the following aces:

Furthermore, the following three steps can be followed to help build durable monopolies:

1.      Start from a small segment of the market which you can monopolize

2.      Scale up by moving into related, slightly broader markets

3.      Do NOT disrupt until you have to – disruption invites attention and competition

“A startup messed up at its foundation cannot be fixed.” – Thiel’s Law (tongue-in-cheek reference in Silicon Valley due to the frequency with which Mr. Thiel stresses on this.)

Finding the right co-founders is fundamental to a startups success. The wrong people at the start can irrevocably screw the business, no matter how good the idea is. Furthermore, this also includes other people such as VCs, consultants and employees you bring on at the start. The key here is to ensure that you bring on people who are completely bought into the company’s vision and that that you also clearly define some of the key operational and decision making structures.

Also it is important to distinguish between the following three terms:

·        Hire full-time employees instead of part-time

·        CEO and founders salaries should remain small in the early days

“Superior sales and distribution by itself can create a product monopoly – even without product differentiation. The converse is not true.”

Sales and marketing is often ignored by startups with tech founders as they believe that a good product will sell itself. However, it is quintessential to the success of a business. Poor sales rather than a poor product is the most common cause for failure.

Marketing is more effective for products with ticket prices upto a few hundred dollars, and sales (personal communication) is more effective for products priced at ~$10,000 onwards. The between area is considered a dead zone as there is usually no economical distribution model to cater to the medium sized business that are the buyers here. Leveraging network effects and product virality (some core function that encourages users to share with friends) are good ways to boost sales.

Additionally, you need to continuously sell the company to even non-users such as your investors and employees to keep them motivated.

F. The Threat of Globalisation and Technology

Globalisation usually means substitution as it means another human being will be taking the job in another part of the world. Technology, on the other hand, is complementary, i.e. it acts as a partner to human labour. As threat of substitution by AI won’t be real till the 22nd century we don’t need to worry about it right now.

(Would have to vehemently have to disagree with Mr. Thiel on the idea that technology is not a substitution threat right now.)

G. On Identifying Bubbles and the 7 Questions Every Business Should Ask

Mr. Thiel suggests that a good business is one which can answer the following fundamental questions (having good answers for even 5-6 is a good start):

·        Can you create breakthrough technology instead of incremental improvements?

·        Is now the right time to start your particular business?

·        Have you identified a unique opportunity others don’t see?

However, bubbles occur when businesses and investors are moving forward without considering the answers for the above and just expectations of things eventually improving.

Of course, the book has much, much more to offer. These are just some of the basic notes I jotted down while reading and might suffice in lieu of a thorough read. However, I would definitely urge you to pick yourself up a copy if you haven’t already. Oh, and feel free to share your thoughts on the book in the comments! Would love to know with what you agree/disagree. 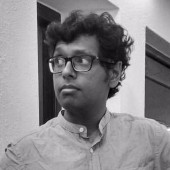